Ms. Wilkerson began her federal government career in 2002, and has worked for several federal agencies, including the Department of Treasury, Department of State, and the John F. Kennedy Center for the Performing Arts. At the Kennedy Center, Ms. Wilkerson served as the Head of Contracting Activity (HCA), managing a multi-Million-dollar portfolio for capital improvement initiatives as well as the center’s operational support.

In 2012, Ms. Wilkerson joined the Department of Health and Human Services, Program Support Center, where she managed the cradle to grave contracting activity for several HHS Operating Divisions, and several Staff Divisions in support of the Office of the Secretary.  In late 2014, Ms. Wilkerson was hired as the Procurement Advisor for HHS, Administration for Children and Families (ACF) where she managed a $1Billion acquisition portfolio.  She was responsible for building the contracting knowledge and capacity of the ACF Acquisition Workforce, in support of numerous humanitarian initiatives, such as the Unidentified Alien Children (UAC) programs.

While at ACF, Ms. Wilkerson also served as the Chief of Staff to the Deputy Assistant Secretary (DAS) for Administration and was responsible for managing operational activities including, Budget Execution, Conference Spending Approval, Travel Operations, as well as other Human Capital management and Data Capture special projects for the DASA. Also, while serving in the role, Ms. Wilkerson was an Executive Steering Committee member for the planning and execution of the organization’s 2018 Management Priorities.

Ms. Wilkerson is a native Washingtonian and considers herself a Life-Long Learner.  Her thirst for knowledge is charged by the quote; “Education is the most powerful weapon which you can use to change the world.” (Nelson Mandela).  Darnese possesses dual degrees from the George Washington University (GWU); a Master of Business Administration (MBA) as well as a Master of Science in Government Contracting (MSGC) - a collaborative program, co-partnered by the GWU Business and Law schools.  She is a recipient of the program’s Outstanding Contributor Award, where she was nominated by her peers.

She is a graduate of the Federal Executive Institute’s, Leadership for a Democratic Society (LDS) Program. Her Core Values include: Hard-work, Mission/Customer-focus, Results-Driven, Collaborative, Creativity, and Charismatic.  Ms. Wilkerson believes in the spirit of Teamwork…

“For the person trying to do everything alone, the game really is over. If you want to do something Big, you must link up with others. One is too small a number to achieve Greatness. That’s the Law of Significance.”            - John C. Maxwel 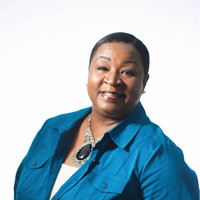